By which we mean music with beautiful, pleasant and harmonic effects that follow mathematical and gnostic patterns

In India this tone is the keynote of sitar and tambura music and is called "sadja" which also means "Father of the others". Also the sacred syllable "OM" is tuned to this tone like mostly all the religous temple music. ... OM corresponds to the "Amen" in Christian churches. Ref : https://www.planetware.de/octave/earthyear.html

Which leads us to the astonishing Sumerian Cyclical Tuning System.

And the Musica Universalis (Music of the Spheres)....

More recently than the Sumerians, none other than the immortal J.S.Bach had his own tuning system based on 12ths.


It's a mathematical tuning that's different to the 20th Century "standard concert tuning" that most of us are accustomed to using and hearing now. 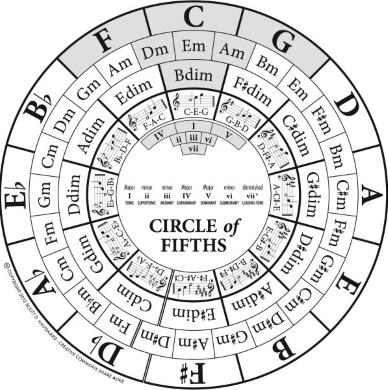 It looks like a clock with 12 hours or 12 divisions. Is that the 5 well tempered fifths and 7 perfect fifths adding up to 12? The best modern example of "authentic Bach tunings" I have found is Wendy Carlos' Switched-On Bach 2000.

Here's a nice visual presentation of Air On A G-String. Not sure about the tunings though?

Does music have a personality? Key Cycles suggest they do.

What exactly is a key cycle?
A key cycle is a collection of emotionally charged music enhanced by microtuning: the mood changes that accompany changes of key, like going from Ab Major to Eb Major, are physiologically and psychologically impressed upon the listener because of the tuning system. The term is a parallel to "song cycle" - a collection of music to be sung, usually by one person, telling a longer story comprised of shorter ones.
Ref : Unequal temperament.

If you want to find the secrets of the universe, think in terms of energy, frequency and vibration. (Nicola Tesla)

Next : We need roots