The CAB model of personality

This is about the CAB model of personality, which emerged from the works of Buddha, Gorakhnath and Jung. Then refined by Kevin Kingsland, and described by Ronnie Lessem in From Management Education to Civic Reconstruction: The Emerging Ecology of Organisation.

The most well-known version of the story (for English speaking people) starts with Carl Jung, who delineated the world we experience thus:
- two ways of looking (sensing or intuiting)
- two ways of considering things (thinking or feeling)
- two ways of apprehending phonomena (perceiving or judging)


What is not widely known or appreciated is how amazingly close Jung's functions are to those of Buddha's skandhas. Perhaps someone with knowledge of Jung's personal history can fill in the gaps?

This defines a simple symbolic logic, as an aide-memoire for the parts of our personalities which are turned on, energised and functioning (or not). But this is functionally incomplete. 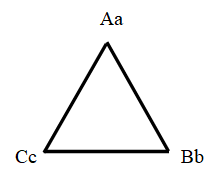 Mathematically, there are more permutations of "cab" and "CAB". This systems approach to psychology and types of personality was explicitly recognised in the Siddha Siddhanta Paddhati (by Gorakhnath). Gorakhnath describes a system of realms or worlds (Loka):

Ref: personal correspondence with Kevin Kingsland (1996) on the Genesis of Spectrum Theory.

The spectrum colours mentioned above works very well as an additional aide-memoire. They also reflect the energy levels of our personalities. Violet is at the higher energy end of the light spectrum compared to red. The more complete a personality is, the more levels of personality are energised and functioning.

It is no coincidence that these colours match exactly (and purposefully) with the seven colours associated with Chakras in Indian yoga, meditation and psychology.

I had the privilege and pleasure of working with Kevin Kingsland for many years while he developed Spectrum Theory and Vision-to-Action.

Spectrum Theory grew as a coherent and powerful superset of all other models of human psychology; Vision-to-Action as a model for personal and business development that has been taught to thousands of people around the world.

I also created some computer software for Psychometric Testing based on Kevin Kingsland's Spectrum Colour Test. That had already proved to be amazingly good at revealing people's personality based on their choices of preferred colours, with no cultural or linguistic biases. This made it markedly different to many other personality and IQ tests. These are often unwittingly (or unconsciously) entwined with the personality and culture of the creator. Putting it another way, those tests are themselves a reflection of their creator and their preferences (or biases).

Next : The Spectrum Star or Spectral Compass